Like many traditionally-published authors now venturing into the wild and uncharted territory of indie publishing, I recently took the plunge.

My new book, Moving Tales, Adventures in Relocation (nonfiction) is anything but new. I started working on it back in 2005, before I was ever published. The proposal went with me to my first writer's conference, the Colorado Christian Writer's Conference, which is where the first publishing house expressed an interest. Well, more than an interest--the proposal went to committee.

I was disappointed by that first rejection, but in the years to come, the proposal was presented to committee at two other publishing houses. They all loved the idea, but my manuscript was rough at the time. I didn't really have a good handle on the concept, or what I was doing. Besides that, I didn't have a platform to speak of. I was nothing more than a newbie/wannabe.

My publishing journey began with my first contract in 2008, but by that time, I'd pretty much given up on Moving Tales and moved on to my fiction projects. I'd pull it up on my desktop from time to time to work a few edits and brainstorm creative ways to improve it--but I'd shelved the idea of it ever getting published.

Then, in 2012, I decided it was high time to do something about it. The rise of Kindle Books and Indie Publishing gave me a spark of encouragement. I talked to my agent about the book and asked her permission to self-publish. She agreed. From that moment, I proceeded with renewed enthusiasm. I absolutely LOVE this book, and always have.

I worked hard to acquire more true stories, real-life experiences people have had with moving and relocating, and was blessed with a wonderful collection. I wrote quite a few as well and wrote humorous songs, top ten lists and pictures as palate cleansers in between stories.

The whole experience of uploading the book to Kindle and CreateSpace was a bit harrowing. The formatting was a challenge and I will definitely do a few things differently the next time I publish something. But over all, I'm happy with the outcome. I'm also pleased that I had a cover designed for the book (thanks Danny Mehl). I can't tell you how many times the book was edited--but I figure that most books don't get almost eight years of edits and tweaks:)

For the next two weeks, AND STARTING TODAY, I am going to post whole stories or excerpts from the book with shots and bios of the authors.

And I hope you will love Moving Tales, Adventures in Relocation as much as I do!

Signs They Are A ‘Changing

Good neighbors are not always easy to come by. So when my wife and I found out our close friends were planning to move, we took some unusual steps to prevent, or at least delay that from happening.

We have a great bunch of neighbors here in Garden Grove California, We’ve spent many, many evenings on our front patio hanging out and discussing life. Swapping stories about the accursed dog down the street that’s been barking nonstop, listening to Joe's excuse for not winning last night's Dwarf Car race, tallying up a list of who’s going to hear ‘the band’ tomorrow night, etc. Usually someone doesn't show up for at least one of these sessions, which is when we take it upon ourselves to ‘mess’ with those who are not present. I usually keep a Costco-sized case of TP and plastic-wrap on hand for those occasions.

In league with my rogue neighbor friends, we either festoon the absentee’s yard with toilet paper or wrap their vehicle in plastic wrap. And the next day, we discuss and deny it all over coffee.
Within the past year or so though, there have been a lot of changes going on in the neighborhood. Too many close friends have moved away. The very ‘nature’ of the 'hood seems to be in transition. No matter the reason for the move, it’s sad to see people go.

So when another couple of close friends decided to relocate, it was the last straw. Oh sure, they were only moving a few miles away. But they were still leaving the neighborhood. Did I mention that they put on the best Cinco de Mayo parties?
Though my wife and I hoped our friends would have a change of heart and decide not to go--when the For Sale sign went up, we had to face reality. Our friends were moving, for real.
I wasn't ready to see them leave, but I wasn't going down without a fight, so I started thinking. What can I do to mess with this move?

After I pondered the situation for a while, I came up with a plan to make some interesting “additions” to the abominable “For Sale” sign outside our friend’s home. Ideas began bouncing around like ping pong balls.

I remembered that his wife had always been fascinated with the haunted house phenomenon. Hmmm. And, I reasoned, there's always a story in the news about the police department busting a meth-lab somewhere…” So I decided to add two new "features" to the For Sale sign.
With the thought that it would steer prospective buyers in the “right” direction, that is, away from the house, I got to work early Saturday morning in my garage. I cut some plywood to the regulation size, drilled some holes, and fabricated some "S" hooks. Then I printed the
appropriate words on photo paper, taped them to the plywood, and covered the signs with laminate sheets. The signs came out so good I had to step back a minute to admire my handiwork. Looked real nice.

On Sunday morning, my wife Sara and I headed down the street on our mission. The targets of our prank usually slept in on Sunday, so we were safe. We hung the signs, took the pictures, and laughed all the way home.

Of course, the signs didn't stay up long. Another neighbor brought the sign additions, “Haunted,” and “Meth Lab” to the couple’s attention later that day, and after a good-humored laugh, they took the additions down.

Guess they didn't like the "S" hooks or the color of the ink or something.
In spite of our best efforts though, our friends soon sold the house and moved on.
Funny thing--I believe our friends still have those signs tucked away somewhere. We probably haven’t seen the last of them. In fact, I suspect we’ll see those signs again in our front yard if we ever decide to move. 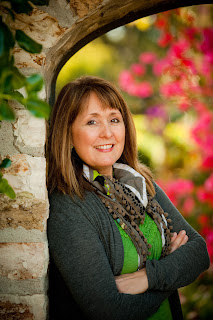