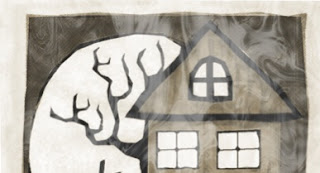 It's like deja' vu all over again! Just signed with Spyglass Lane Mysteries. My cozy series, "When The Fat Ladies Sing," will release as ebooks in May of 2012. If you've read the first book in the series, Misfortune Cookies, the next is A Tisket, A Casket and the third is, Dead As A Doornail. Follow beautician best friends Lovita and Sue Jan as they solve mysteries, find husbands and somehow manage to lose weight in the process. 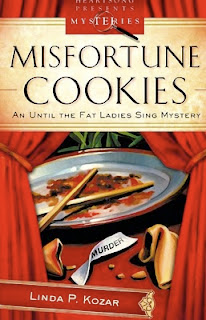 Posted by Linda Kozar at 4:12 PM No comments:

Do you remember this cover? I do. My mother was a voracious reader and I remember seeing this cover on our home bookshelf. Victoria Holt--the grande dame of historical novelists, the Queen of Romantic Suspense, wrote over 200 novels and sold around 100 million copies. And yet, who really knows about her today?


Though prolific and wildly popular, her popularity faded over time. Her author philosophy still rings true today, "Never regret," she once said. "If it's good, it's wonderful. If it's bad, it's experience."  She passed away in her 80s while on a Mediterranean cruise--somewhere between Athens and Egypt.


Her real name--Eleanor Hibbert (nee Burford) was born in Kensington England some time around 1906 or 1910. During her life, she was reluctant to confirm her actual birth date. She used a variety of pseudonyms which include Jean Plaidy (name taken from a Cornish beach), Philippa Carr, Kathleen Kellow and others.


But the name Victoria Holt stirs my soul more than any of the other names. It fits the romance writer in me. Here's an excerpt from the Mistress of Mellyn:

When Favel Farrington met Roc Pendorric on the Italian island where she lived with her father, they fell deeply in love, and there was no reason to suspect that they would not live happily ever after.  Then Faval's father was drowned while swimming, a circumstance that was as puzzling to Favel as it was heartbreaking.  No one could have been more devoted during these sad days than Roc, and when he took her home to Pendorric, the ancient family home on the Cornish cliffs, no family could have welcomed her more warmly than Roc's sister, her husband, and twin daughters.  In fact everyone in the house and the village was eager to meet "the bride of Pendorric".

At first the phrase amused Favel.  Then she found herself looking more and more often at the portraits of two other Brides of Pendorric who had died young and tragically - one of them Roc's own mother.  The very stones of Pendorric seemed to be waiting for her to slip; the courtyard seemed to have eyes.  And was there speculation even in the eyes of the young twins, who watched her constantly?  Did she imagine it, or was Roc curiously attentive to other women at Pendorric - and did his absence grow more frequent?  Surely no legend, no evil out of the past could threaten their happiness.  Surely Roc's love for her had not been pretense.
At last, in a terrifying moment, Favel can no longer dismiss as accident the strange things that are happening to her at Pendorric.  She must confront the very real dangers of the present.


Authors--I know what you're thinking. She seemed to go out of her way to choose the most bizarre names and surnames for characters and settings. And yes, the writing is passive, there are too many adverbs and maybe the writing is a bit hokey and dated, etc. But her stories get you all the same.


When I hear the name "Victoria Holt," my mind conjures mysterious mansions, ancient family estates, a dashing, but complicated love interest and secrets--lots and lots of secrets. In fact, everybody has a secret and before long, the heroine is in mortal danger. She's doubting whether or not the hero really loves her or is out to kill her. (He's that complicated). And soon you begin to doubt. But you know the heroine is strong, independant, self-sufficient and fearless. You know she will overcome, expose every secret and win back her dashing love before the last page. That's why you can't stop reading Victoria Holt.


My mother not only read books, she read books to me. Which is why I began to read a lot. Even after lights out--I read under the covers with a flashlight. If I didn't get caught, I would sometimes read until dawn. I started with kid books, Little Book House series of Fairy and Folk Tales, worked my way up to the Little House on the Prairie series, Nancy Drew, Hardy Boys, Cherry Ames, Little Women. Moved on to Reader's Digest Books, classic novels and anything else I could find.


I remember reading a novel in second grade and feeling unsatisfied about the ending--the moment I decided that I would write my own books someday. That way I reasoned, I could write the kind of endings I liked.


Life is ironic though. Before my first book, a mystery was published in 2008, my mother developed Alzheimers. It's sad to say, but she's never read any of my books. She can't manage much more than a paragraph or two before she forgets and starts over--sort of a Myth of Sisyphus scenario. But I know she would if she could. . .


Because of my mother, because of Victoria, I've started writing southern gothic--romantic historicals filled with suspense and secrets. And if either woman could read my stories, I think they would be proud. At least I hope so.
Posted by Linda Kozar at 9:00 PM 8 comments: