Covers matter. No matter how scintillating the writing is in between--a cover can make or break a book's success.

After hearing some feedback on the writing and cover of my latest novel, "Alligator Pear," Readers like what's inside, but the outside wasn't attracting people to the book. At the time, I thought a gothic cover suited the story to perfection, but what looks good in actual size may not look good as a thumbnail.

When readers scope around for a good book to read, all they see are thumbnail versions of the cover. The cover has to attract no matter the size.

So I decided a new cover was in order. And here it is…


Please tell me what you think. Your opinion matters. I earnestly listen to reviews and feedback.

Here's the old cover for comparison: 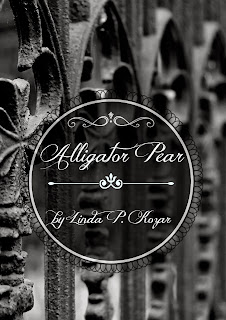 My husband Michael and I flew into Hartford to visit my long-lost friend, Carla Lorenz and her sweet family. The last time I saw her in person, she was pregnant with her first (of two) sons. We arrived the day before his sixteenth birthday. Suffice to say, it's been a while... 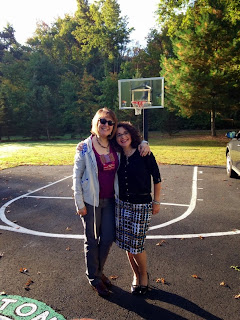 The fall colors were just beginning that slow bleed. Vibrancy in red, orange, yellow--even bright green.  We marveled. We gawked. We sighed. Autumn, though not arrayed in all her finery, wowed us all the same.

The overnight visit all too short, we drove to Poughkeepsie, New York to visit Locust Grove, The Samuel Morse Historic Site. Our original plans were to tour the Vanderbilt and Roosevelt estates, but the government shutdown dictated otherwise. Undaunted, we decided to veer off the beaten path and tour some sites we might not have considered otherwise. I'm a writer--we're used to making things work!

Locust Grove, as I mentioned earlier, was the home and estate of Samuel Morse. He lived there from 1847-1872.

Samuel Finley Breese Morse (April 27, 1791 – April 2, 1872) was an American painter who turned inventor. Already well known as a portrait painter, in his middle age he contributed to the invention of a single-wire telegraph system based on European telegraphs, was a co-inventor of the Morse code, and helped to develop the commercial use of telegraphy.

The home had two previous owners before Morse and one after. 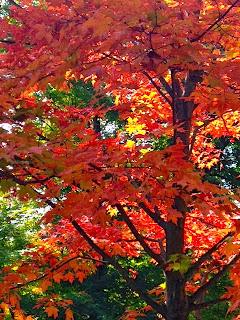 That said, we arrived at the site and signed on for a tour. We surprised to find that we were the only two people present for the tour. Private tour, you say? Yessssss!

The thing that sets this home apart from some other historic homes is that the previous owner left the house and all its contents to the historic society. Every room was populated with furniture, knick knacks, artwork, even cardboard food packages and tins in the kitchen! Although little was left in the home from Morse (ironic, huh?), the fact that he lived there was enough of a draw, I suppose. 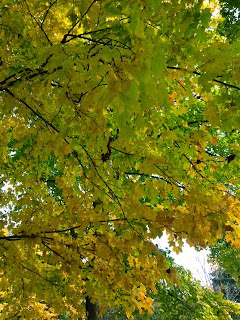 A gift shop and museum on the grounds detail the history of Morse who started life as a serious painter, studying at the Royal Academy in London. Back in the U.S. he focused on portrait paintings and did well, but not extraordinarily well as a painter. Did you know Morse is hailed as the Leonardo Da Vinci of the United States? That's right. He was a Renaissance Man--fascinated with lots of things.

I love visiting historic homes and sites and museums. Nerdly, I am.

More tomorrow...
Posted by Linda Kozar at 5:07 PM No comments: