Sometimes a story flows from skull to paper with effortless ease. But those times are rare. 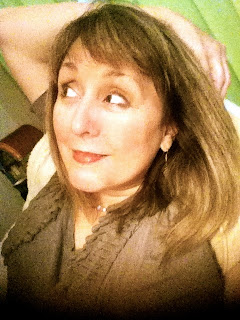 Readers are going to totally get what I'm sharing today. Ever pick up a book and connect with the characters and the setting so completely that you cry or even experience mild depression or sadness when you reach the end? You want more, but there is no more.

Authors experience similar emotions. When an author finishes a book or a series, it's a bittersweet moment. We're overcome with joy at finishing the project, but kind of sad having to say goodbye to the characters who've occupied our thoughts. There's an emotional connection, a friendship if you will. Weird, huh?

It takes a while to shake them off. This is especially true of series characters.

I've been writing, or trying to write a fourth installment in my mystery series. (You're going to love the title, but I'm not sharing it right now). The first three books are: Misfortune Cookies, A Tisket, A Casket, and Dead As A Doornail. But I've run into trouble.

First, it was difficult to get back into my character's heads. I'd already said goodbye to them. When an author finishes a series, its paramount to a death. Those characters are entombed, no longer active in the mind of the author, except in historical context.

In the process of writing a story, the characters are active and speaking to the author. Sounds crazy, right? But actors experience the same kind of connection. They become the character for a time to more accurately portray the individual.

So it took me a while to reconnect with my characters. For a series to work, the voice of the character has to be consistent. Sure the characters grow, but the voice is the same. That was the first obstacle. And I managed to reconnect, but starting the first chapter with the main characters around a table--eating. It's easy to imagine conversations around a dinner table, the food, the humor, atmosphere. Starting off with a meal kickstarted my creative thought. I soon found myself back in their town and in their heads--writing away.

The trouble is, I made it halfway to Chapter Two and stalled.

Why? I didn't like where I was going. There was no way the plot I envisioned would work. I had to go back to square one. Well, not exactly. Chapter One was a good launching point. But where to go?

Weeks passed. Then, a month. Two months. I posted my stuck status on Facebook and my FaceBook friends offered suggestions. Walk away. Or do something else. So I did. Sometimes it helps to take on another creative project. I like to paint in oils, but didn't feel like taking on such a big project. So I broke out the sewing machine and made a slipcover for a chair instead. And voila! My mind slipped back into gear and I was soon able to delve back into a new storyline, with a fresh perspective and new ideas.

Granted, my idea for a plot line was kind of crazy. Would it--could it work? I began to research my wild idea and discovered it was entirely possible. Yay! No plot is too far-fetched if you fetch the data to prove it is possible.

So now I'm steaming forward. Plot set. Characters alive and well and talking my ears off. The book is coming together and I'm really stoked about this one. Readers are going to be surprised at the mystery in this new installment.